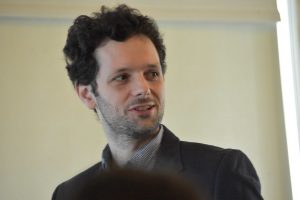 Wragge-Morley opened by discussing how “science is erroneously perceived as ‘impassionate,’” while, in fact, the basis of scientific research in the 17th century was (and remains) grounded in passion. Scientists produced huge tomes of figures and descriptions, sometimes lifelong projects, which aimed to answer what Wragge-Morley describes as “not a question of resemblance, but emotional response.” He discussed how Ray’s work was impacted by a concept from the Enlightenment philosopher and physician John Locke, who wrote: “Since we cannot perceive [atoms] individually, it is necessary that their form or proportion remains concealed from our senses.” 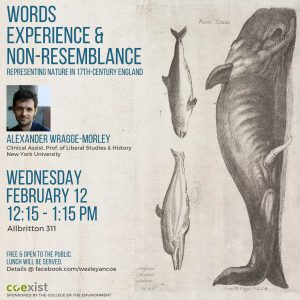 “[Locke’s] idea was that since we cannot perceive those minima [atoms] individually no matter how the senses are augmented or aided, it is pointless to try to understand the essence of the thing,” explained Wragge-Morley. Even understanding the composite parts of a plant under examination would not result in your understanding the experience of the plant without understanding the function of each atom—an obviously impossible feat.

To circumvent this inability to represent the world as it really was—some perceptions, after all, are simply not meant to be accessed by the human mind—scholars instead turned their efforts to communicating affective connections to things in the natural world. Their understanding, Wragge-Morley explained to the audience, was that “We don’t know the world around us, we know the effect of the world around us on our senses.” A quote from Ray made that clear: “We know nothing of the things which are outside us except through their ability to make impressions on our senses in some particular way, and by the mediation of these impressions to stir up some phantasm or other in the intellect.” Eliciting that “phantasm” in the mind of the reader, Wragge-Morley argued, was the end goal of every figure included in scientific research. Human perceptions of nature bear an unknown degree of resemblance to nature “as it exists for itself,” but the most effective way for scientists of the late 17th century to communicate what they did understand of a creature was by tapping into the reader’s emotional response.

Photos below. Link to more here!

Wragge-Morley is Clinical Assistant Professor of Liberal Studies and History at New York University. Alex works on the history of science, focusing on the period 1600-1750. His main intellectual concern is the place of sensory experience – especially its pleasures and pains – in the production of knowledge. His first book, Aesthetic Science: Representing Nature in the Royal Society of London, 1650-1720, will shortly be published by the University of Chicago Press. Alex holds a PhD in the History and Philosophy of Science from the University of Cambridge. Before coming to NYU, he taught at the University of Oxford and University College London. Additionally, he held a Leverhulme Early Career Research Fellowship at University College London and a postdoctoral fellowship jointly at the California Institute of Technology and The Huntington Library. 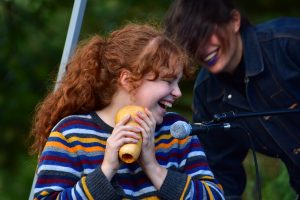 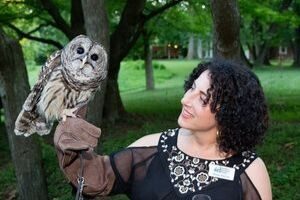