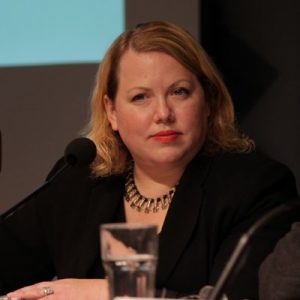 Meaghan Parker, executive director of the Society of Environmental Journalists (SEJ), visited Wesleyan University earlier this month to present “Talking about the Weather: Communicating Complexity in the Era of Climate Change,” an event sponsored by the College of the Environment. As a previous editor at the Woodrow Wilson International Center for Scholars, Parker’s work has a strong focus on actionable ideas that can realistically be implemented in journalism and education. Her talk emphasized the roles that journalists play in environmental education, from raising awareness to holding politicians accountable, and how journalists can be more effective at communicating the intricacies of the environmental movement, current events, and the subtle relationships they often have with each other.

The SEJ focuses on telling “stories that no one else is covering,” and puts together a yearly list of subjects that their research shows will be important in the long and short-term, called the “Journalists’ Guide to Energy & Environment.” One of the organization’s 2019 top topic to watch: “environmental justice and diversity in journalism,” reflecting recent movements in culture and politics that are gaining increasing momentum. 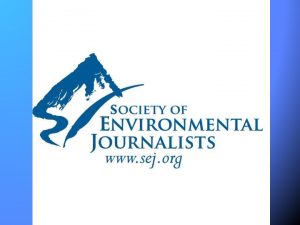 The principles of clearly grounding stories in fact and shared understanding are crucial for increasing awareness and energy for environmental issues. During the event, Parker discussed why environmental topics can have such difficulty “catching on,” and provided specific measures journalists can take to address those barriers. For example, said Parker, a word like “theory” has a specific definition in a scientific context that may or may not be familiar to a broader audience. Swapping out scientific jargon with words that more accurately represent the general understanding removes that barrier to effective communication (see above for more examples). Other methods Parker discussed for decreasing the barrier of understanding in environmental journalism include visualizing data, using concise arguments, focusing on what is known as fact rather than possibilities, and always switching the focus of the discussion from the abstract to the personal.

Journalists should take extra care in understanding their audience, emphasized Parker. As the Wesleyan community strives to integrate itself with the greater Middletown area and beyond, it is key that the question of barriers to understanding and access are addressed in local environmental movements.