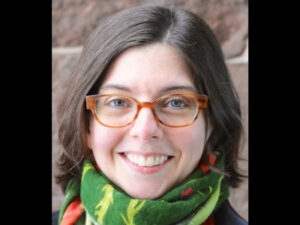 Courtney Fullilove is an associate professor of history who teaches U.S. social history, environmental history, and the history of science and technology in global perspective at Wesleyan.

What sparked your interest in the environment?
I’m descended from families of farmers, and my father grew up on an agricultural experiment station in Georgia.  So I’ve always been interested in the ways people interact with and manage their environments – what they value about them, and what they want to control or change.

Tell us about your Think Tank project and how it fits in with this year’s Think Tank theme of visualizing environmental change.
I’m working on a book about the history of biodiversity preservation, and the chapter I’m working on now is about the Red Lists of Threatened Species founded by the International Union for Conservation of Nature (IUCN) in 1964. My project for the Think Tank examines how, after 1992, the newly independent republics of the South Caucasus (Armenia, Georgia, and Azerbaijan) adapted and expanded the Soviet contribution to the IUCN Red List in 1964. The Red Lists were an international initiative to catalogue threats to biological diversity and did much to raise awareness of biological diversity, and to create pictorial catalogues of it for a popular audience.  They also inspired the production of numerous regional Red Lists thereafter, bringing new ecological areas and political actors into an essentially nationalist project.

The larger book, The Uses of Biodiversity, is about the concept of biological diversity itself, and especially how it became an international policy category in the post-World War II period.

How did you become interested in the Red Lists of Threatened Species?
As an aspect of my research on global food systems and agricultural biodiversity, I’ve participated in numerous collecting expeditions targeting local plants. The IUCN Red Lists remain canonical texts in some respects in characterizing biodiversity, so I became interested in them as we prepared for and conducted collecting expeditions in the North and South Caucasus and the Pamir Mountains. Inasmuch as the Red Lists mark endangered plants and animals, they also create catalogues of species protected from collection and hunting. Unfortunately prohibitions set the stage for illicit collecting, poaching, and other conflicts over local resources. 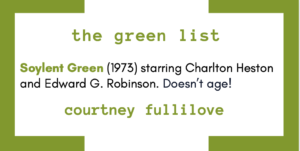 What makes the South Caucasus such an important region to explore as it relates to the Red Lists?
Theorists of biological and cultural diversity have paid a lot of attention to mountainous regions because of their isolation, which makes them preserves of unique plants, animals, languages, and traditions. (They are similar to islands in this respect.) The Caucasus is a good example of this. I have a special attachment to the region in part because it’s a place I’ve spent a significant amount of time, and in which I’ve participated in multiple seed collecting expeditions targeting traditional varieties and wild relatives of cultivated crops.  I’m also interested in the ways claims about nature shape political identities, and vice versa. The South Caucasus is a useful object of study in this regard because of the divergent political and cultural identities of Georgia, Armenia, and Azerbaijan.  (This has been brought into view recently by the renewal of conflict in the Nagorno-Karabakh region.)

What’s your background?
I’m an environmental historian and a historian of science. I was initially trained in U.S. history; but I’m interested in things like agriculture and food systems, which can’t be explained in solely national terms.  My last book, The Profit of the Earth, was about the growth of U.S. agriculture, and the extent to which it relied on global seeds and agricultural knowledge spanning millennia.

Why did you want to be a member of the Think Tank and what do you hope to learn from your fellow fellows?
It’s great to have dedicated time to work on research projects and book manuscripts, but, even more so, to participate in an interdisciplinary group that can make you look at things you thought you knew well from a different angle.  We all have our disciplinary periscopes, which (at best) open up new views, and (at worst) distort our vision.  So it’s good have fresh perspectives on important topics we all care about.

I think we all understand environmental change as something that demands urgent attention and public action, and, as I said, have lots of different ideas as to how to mobilize.  So I’m eager to hear those.

Read more about our current and past Think Tank themes and fellows here!